Buccaneers on CPC (with rum) 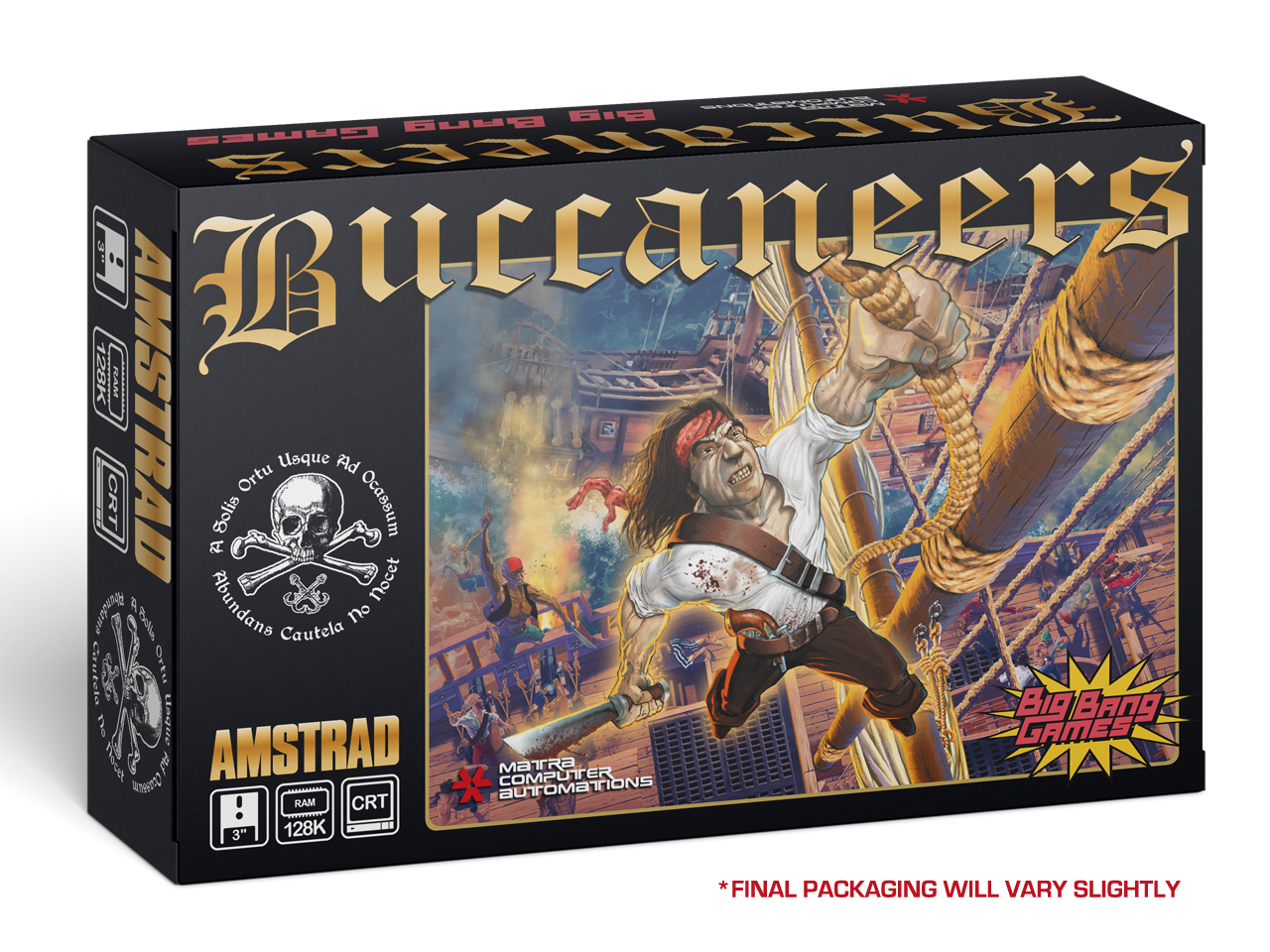 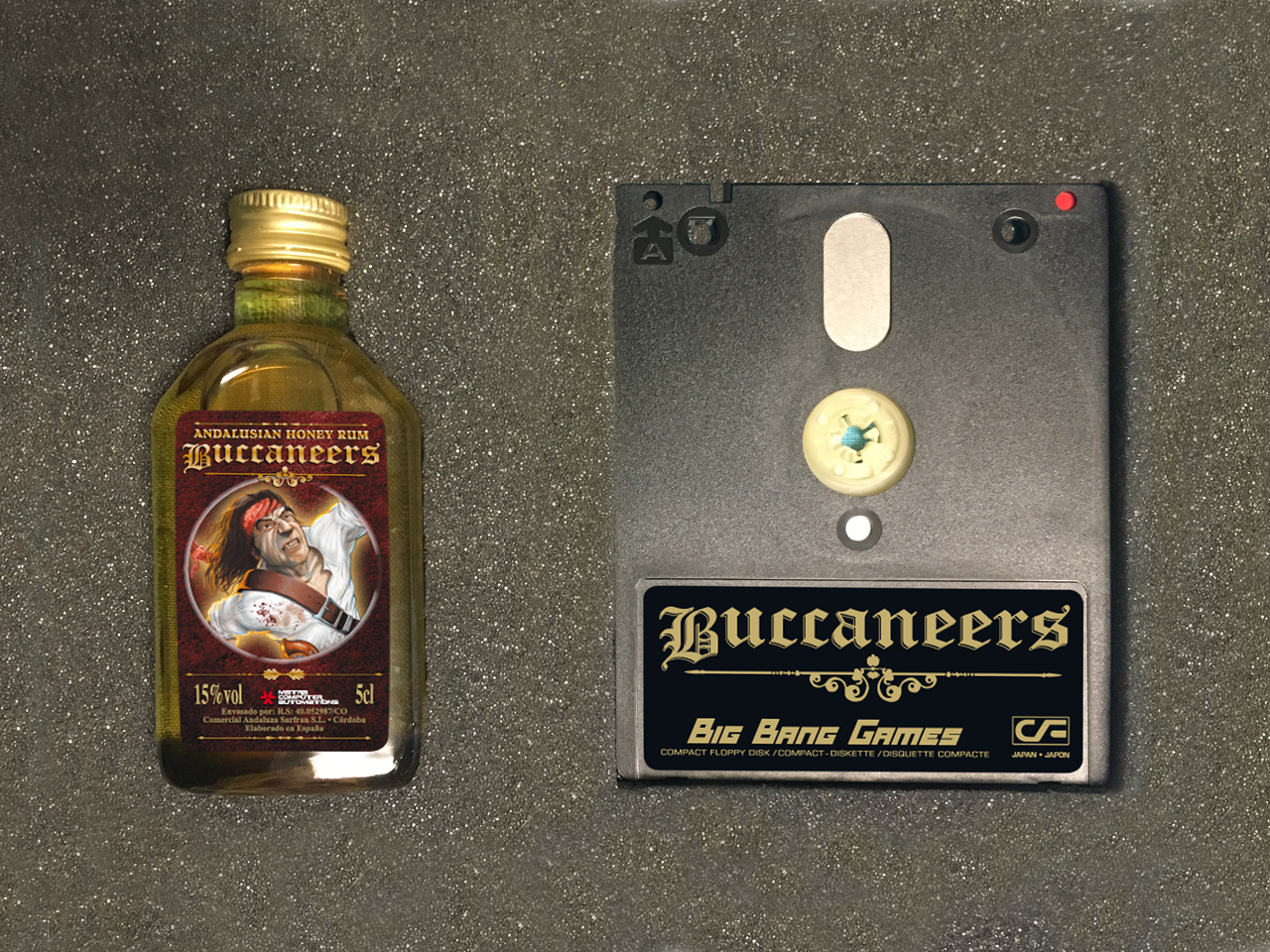 Anniversary edition contains... a bottle of Rum (and a 3' floppy disk).

You, the bravest buccaneer, and your gang have been cruising the seas to assault the Spanish ships over years for wealth and glory. But there is no honour among pirates... because your crew has been kidnapped by Caribbean pirates and they have stolen all your treasures.

Now you take the way to rescue your comrades through two islands, eight stages and dozens of enemies to defeat.